We’re excited to announce the first ever Toxic Bag Podcast Contest! For the next three
months we’ll be giving away free soundpacks as well as a chance to win the Grand Prize.

Here’s how it works:

We’ll ask a trivia question in each podcast for the next three months. All you have to do is send us an email with the correct answer. All the correct entries will be put into a drawing and 10 random winners receive a free soundpack from our audio library.

The winners will also be entered into the Grand Prize Drawing to be held in December.

Send all entries to: podcast@toxicbag.com

Monthly Prizes: 10 Winners – A soundpack of your choice

Grand Prize: 1 Winner – A Specimen Print and Play, Zombie bundle and a Complete Collection – A $45 Value!

No purchase necessary. Void where prohibited. Only one monthly prize per contestant. Winners determined by random drawing from correct response emails sent to podcast@toxicbag.com. No cash substitutions. Employees of Toxic Bag Productions and DeLeo-Kaga Corporation, their families and business associates are not eligible.  Contest ends December 31, 2014. 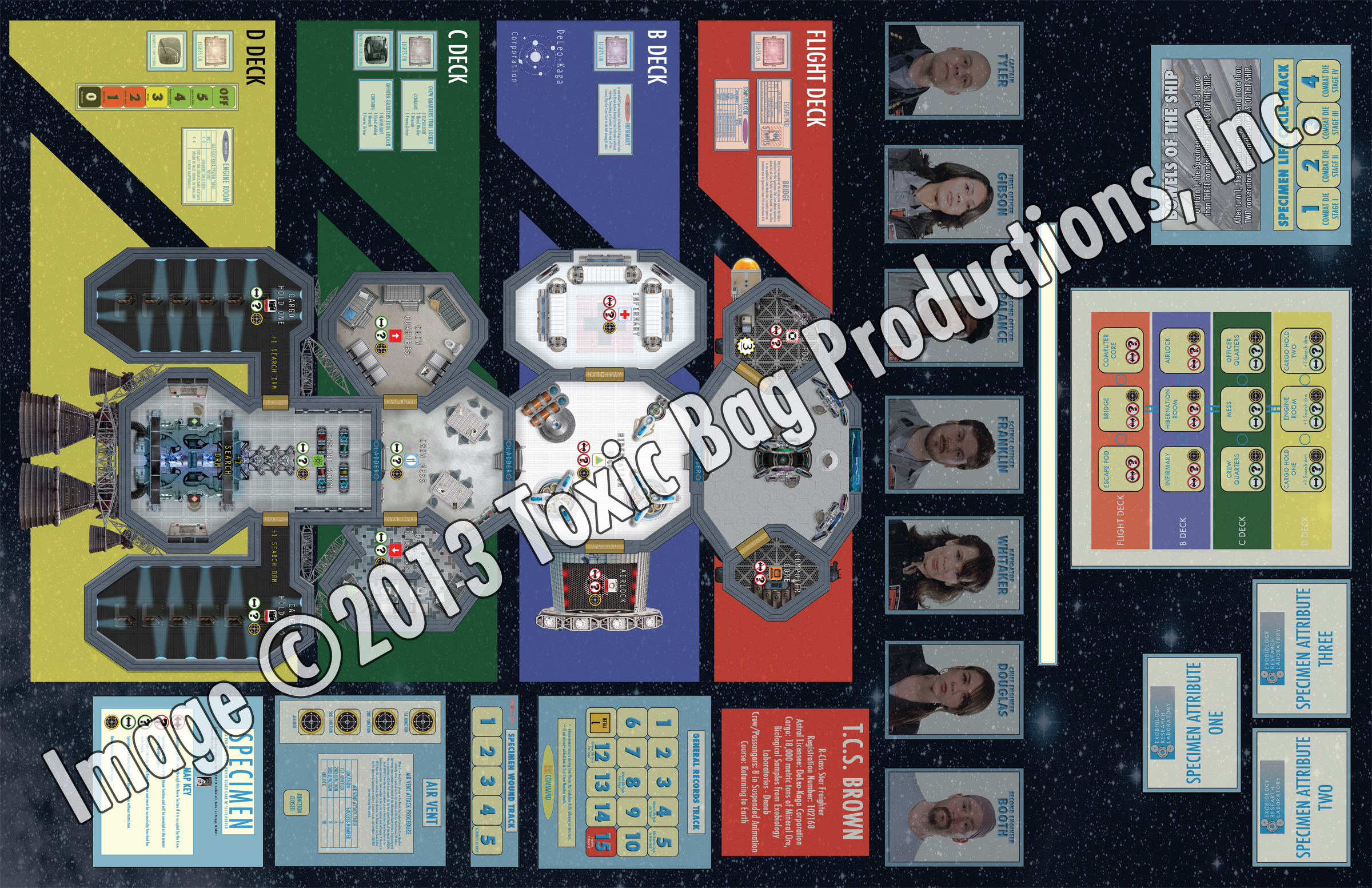 A bunch of gaming websites are picking up the Specimen story! Thanks to these fine folks for spreading the word:

Check out the Specimen Kickstarter page!